Keegan was asked to teach PHY2054 for 2022 Summer. Despite this being his first appointment as an instructor, Keegan received outstanding student evaluations, which lauded his enthusiasm for teaching the course material and his personal touch in offering genuine encouragement and empathy. Students responded positively to his use of student feedback to improve the course and its assessments and for providing opportunities for retaking exams for bonus points. The overall student evaluation rating for his course was 4.72 / 5.00, which is well above the mean for large lecture courses, with higher than 40% student response rate.

Gustavo has a consistent record of performing TA duties at an exemplary level for both large lecture courses and the smaller PHPB sections. PHY2054 students in particular rate Gustavo among the top of those TAs assigned to the course, according to an anonymous and optional student survey. Student comments frequently cite his ability to explain difficult concepts at an approachable level and his respect and caring for his students. The following student comment is representative of many student endorsements:

“Along with taking the extra time to make sure every single student not only knows the material but can actually apply it to different scenarios, he teaches practical applications to hard topics. This has made me interested to learn new topics, and he engages the class in a fun manner to keep the hard topics interesting. He has never made me feel like the topics were too hard or too complex. Gustavo is approachable and is eager to help struggling students. I really believe that without him, I would not be passing this class let alone succeeding in it.”

Landen’s performance has been excellent, both in terms of attending to his responsibilities such as quiz authoring and grading in a timely manner and in terms of working with the students to help them break down and understand the subject material. Students in PHY2054 have rated Landen among the top TAs assigned to the course. Students cited his approachability and willingness to explain problems by patiently breaking them down into their basic building block concepts. The following student comment is representative of many such endorsements he has received:

“Landen always makes sure that a concept and/or question is fully explained and understood by the entire class. He will go out of his way to reinforce a concept or go over a problem again if a student does not understand it, even if he already explained it. He can be easily understood and is able to convey the answer to us students in a way that we can understand it. He does not take shortcuts to teaching and will thoroughly explain an answer to a problem. If someone does not understand where a number came from he will derive the number in the problem instead of saying it came from x law or came from this other equation. HE does the math and shows everyone where the number came from. He is an excellent TA.”

Sam has been an excellent TA for our introductory labs. Sam knows how to connect with his students and how to handle their questions quickly and clearly with a good sense of humor. He puts up a Memo of the Week in his lab room typically related to physics or science policy, sometimes in jest. He also has made several suggestions for improving the lab experiments and has been a leader among our cadre of TA’s. Additionally he is quick to volunteer when help is needed in the introductory courses.

David is an outstanding TA. He has been an enthusiastic participant in TA Training for three semesters. He quickly learned how to TA in his first semester of training and has served as an invaluable mentor to new TAs in the later semesters of training. David also cares deeply for the wellbeing of his students. He writes weekly messages to them, encouraging them to fill out a form specifying what they would like to cover in class and what conceptual difficulties they are having.

Tanmaya is leading research on astrophysics of high-mass black hole systems and on applications of Artificial Intelligence (AI) for the detection of GW signals. He developed the most sensitive AI detection algorithm for signal detection, enhancing the UF leadership in the LSC (LIGO Scientific Collaboration) data analysis and in the field. With an improved algorithm, we expect detections of high-mass black hole systems and possibly entirely new GW sources. Studies of such sources are among the highest priorities of the LIGO scientific program and the main research topic of Tanmaya’s Ph.D. thesis. In recognition of this work, Tanmaya received the Top prize in the Mathematics and Science category at the Statewide Graduate Research Symposium of Florida Graduate Schools in 2022.

Alex is starting his 5th year at UF and will graduate this summer. He became an expert in machine learning and AI – in his research he creatively applies modern AI techniques for data analysis of particle physics and spectroscopic data. He already has 5 published refereed papers in the top journals in particle physics and astrophysics such as Journal of High Energy Physics, SciPost Physics, The Astrophysical Journal, The Planetary Science Journal. In addition to his distinction in research, Alex has been a great asset to the graduate program as an organizer of various professional and social events for our graduate students. 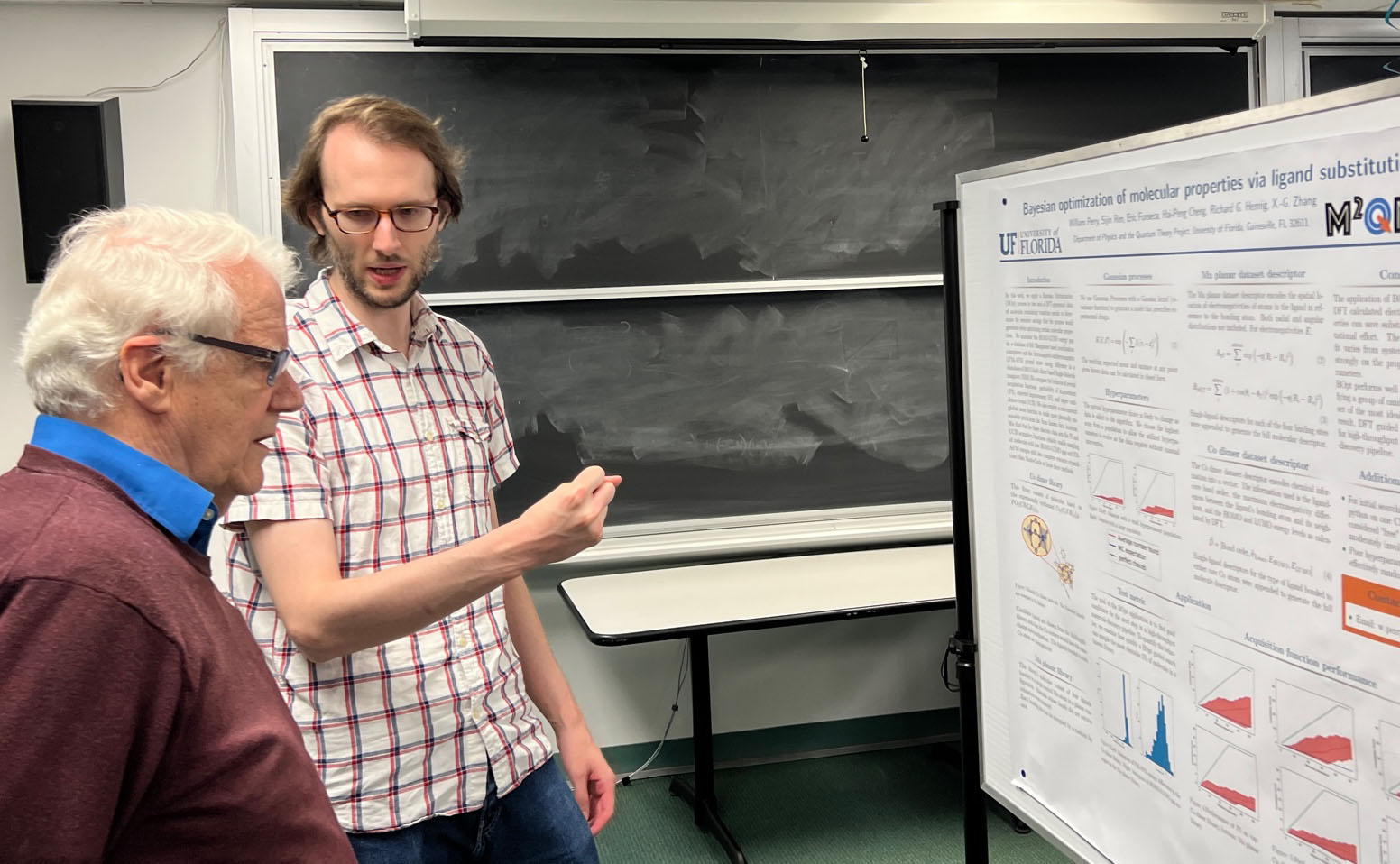 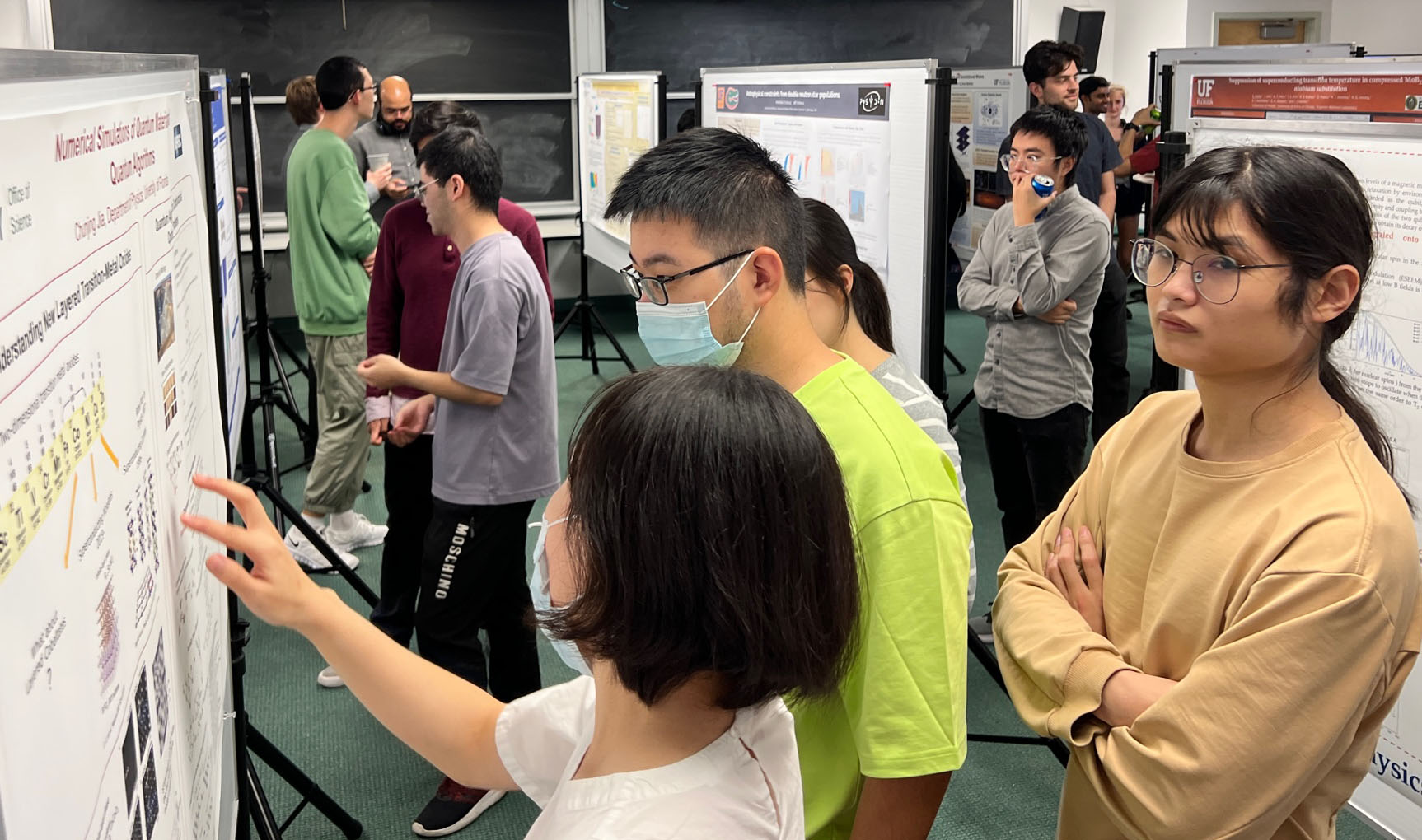 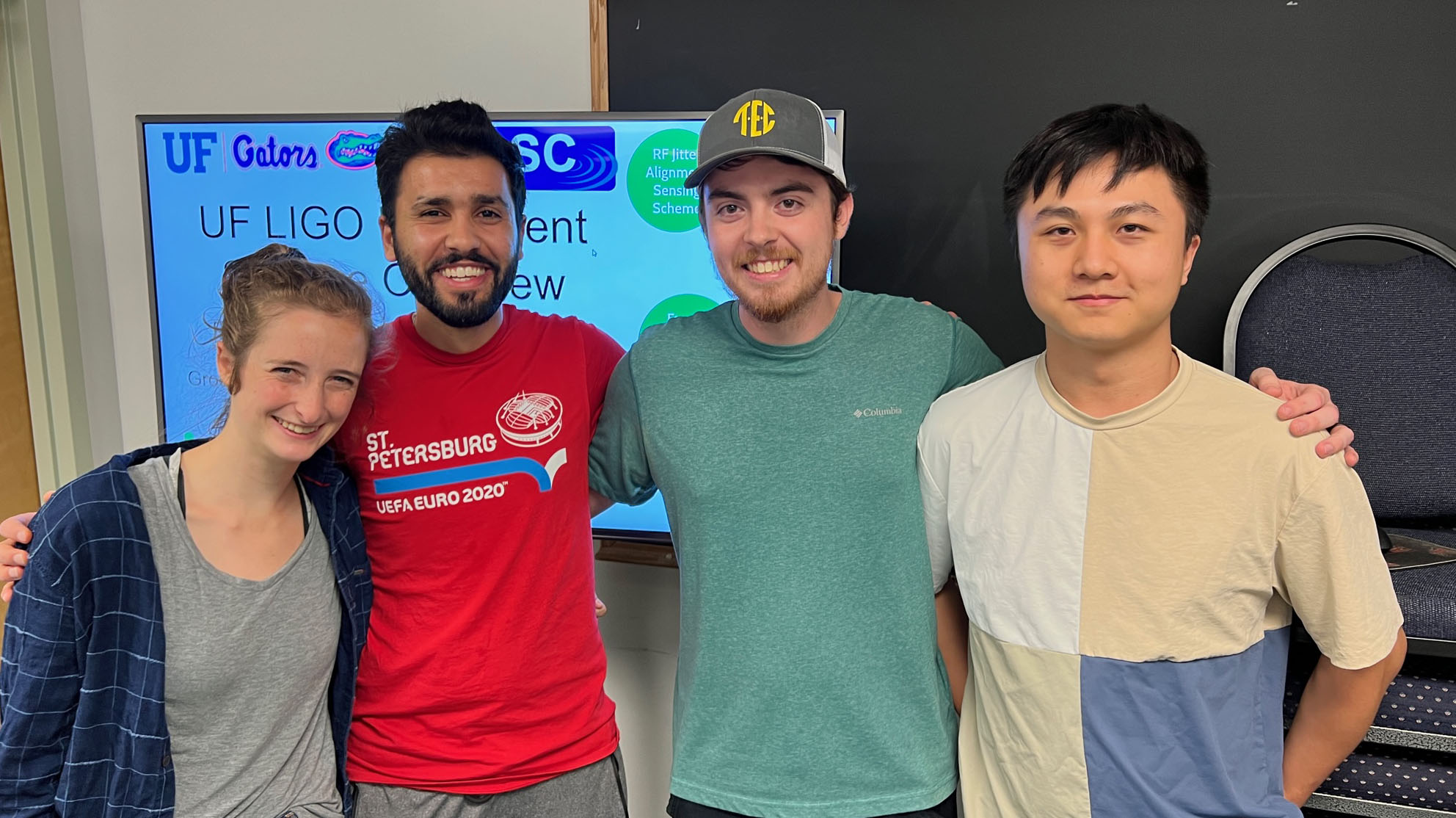 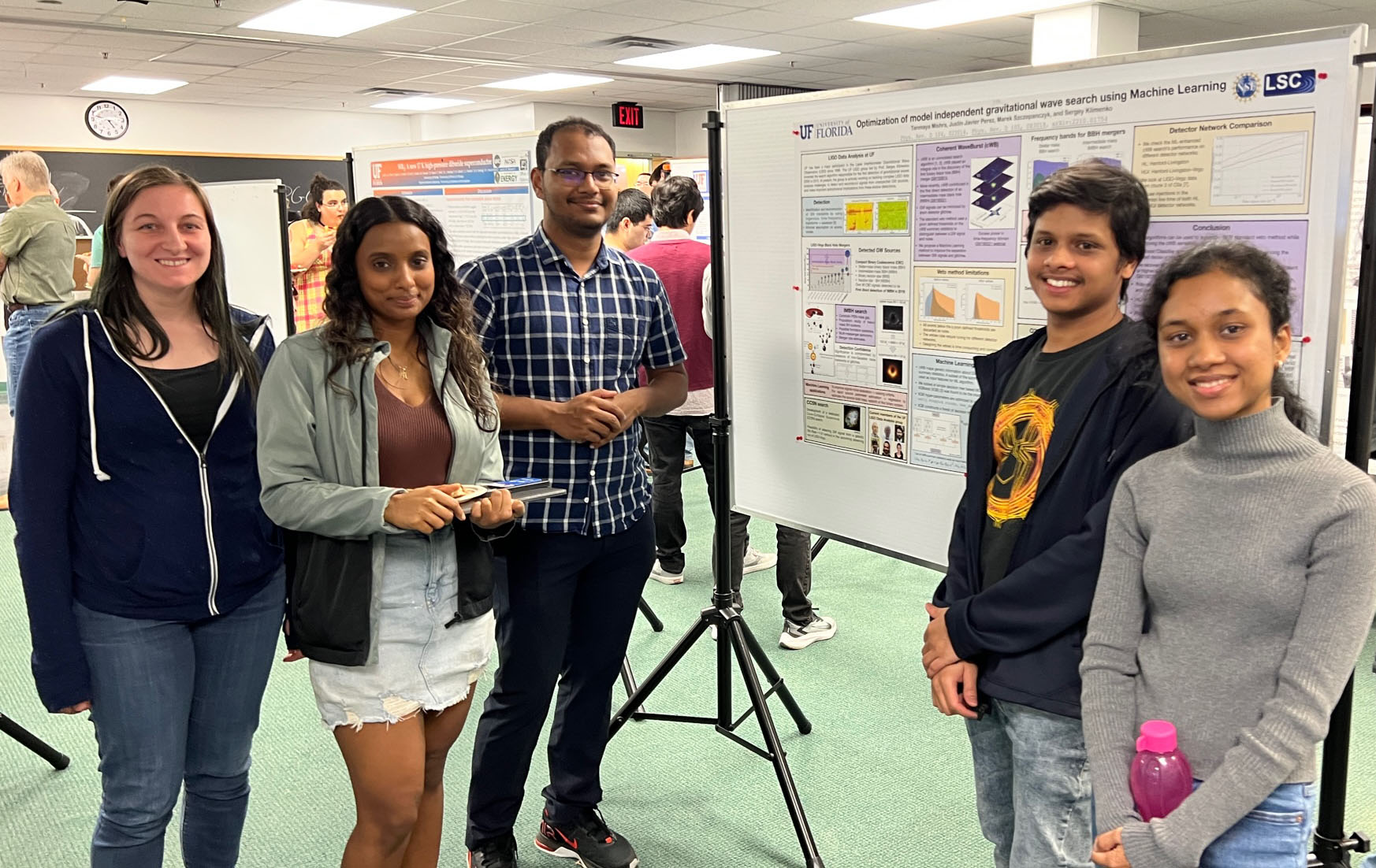 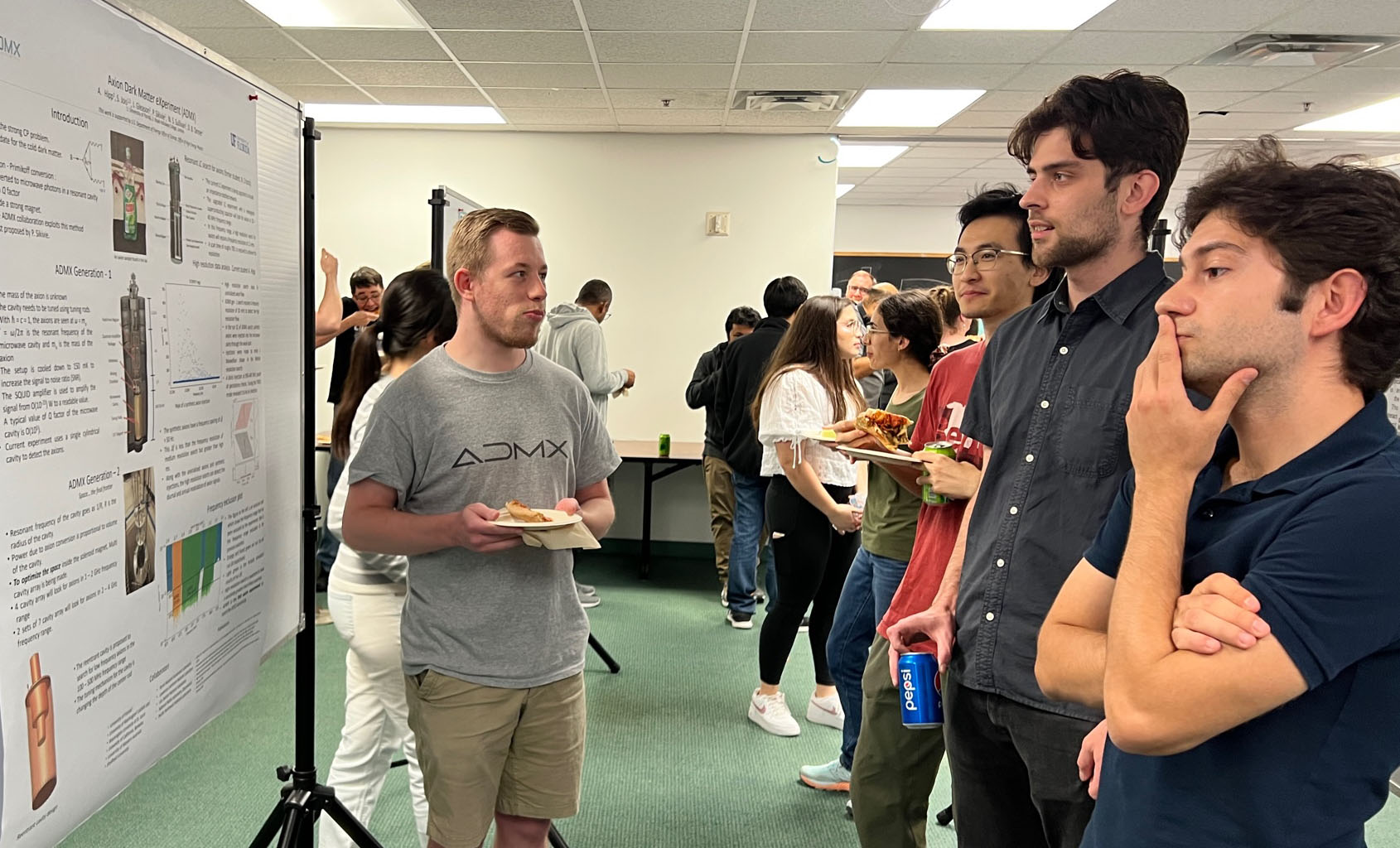 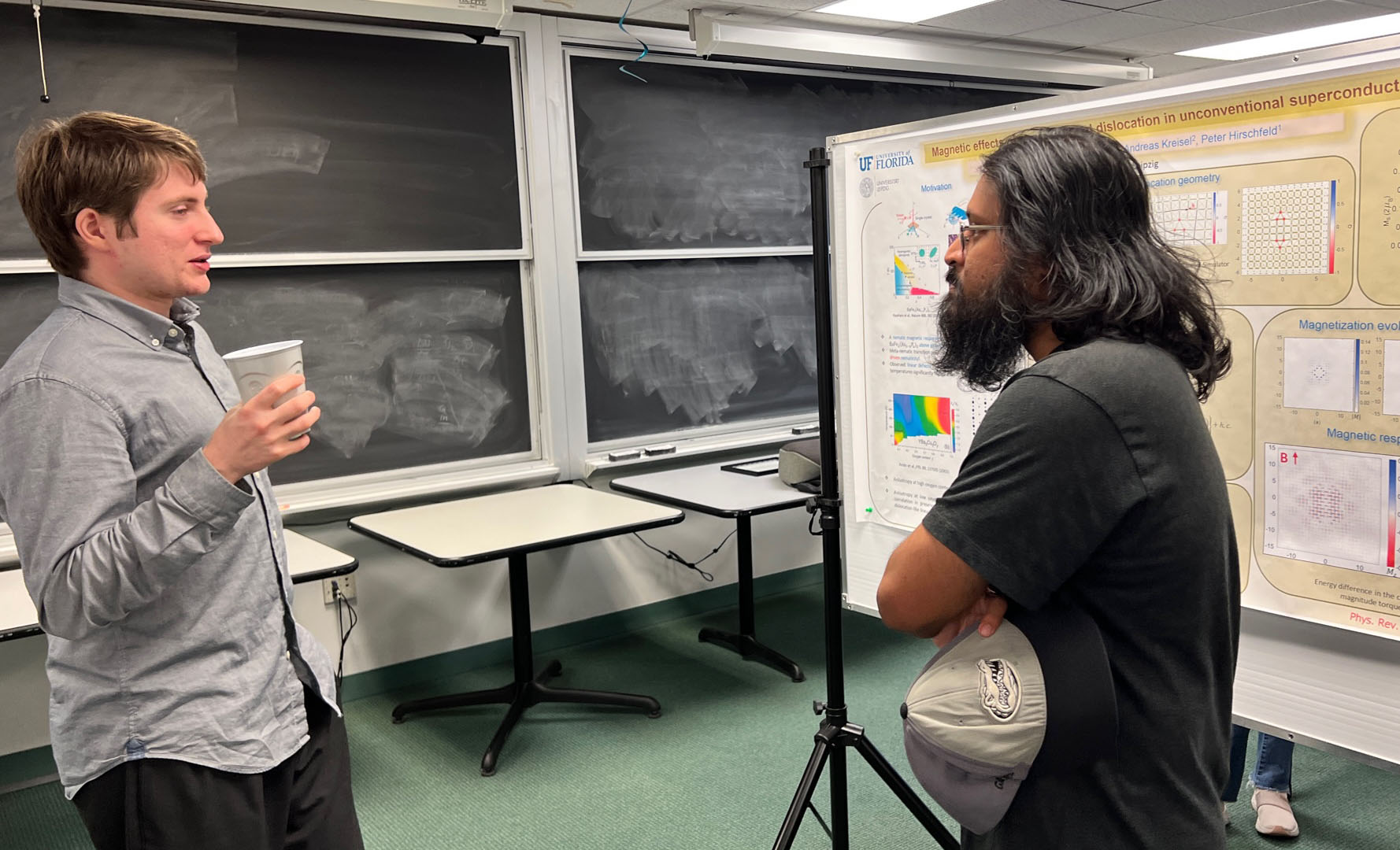 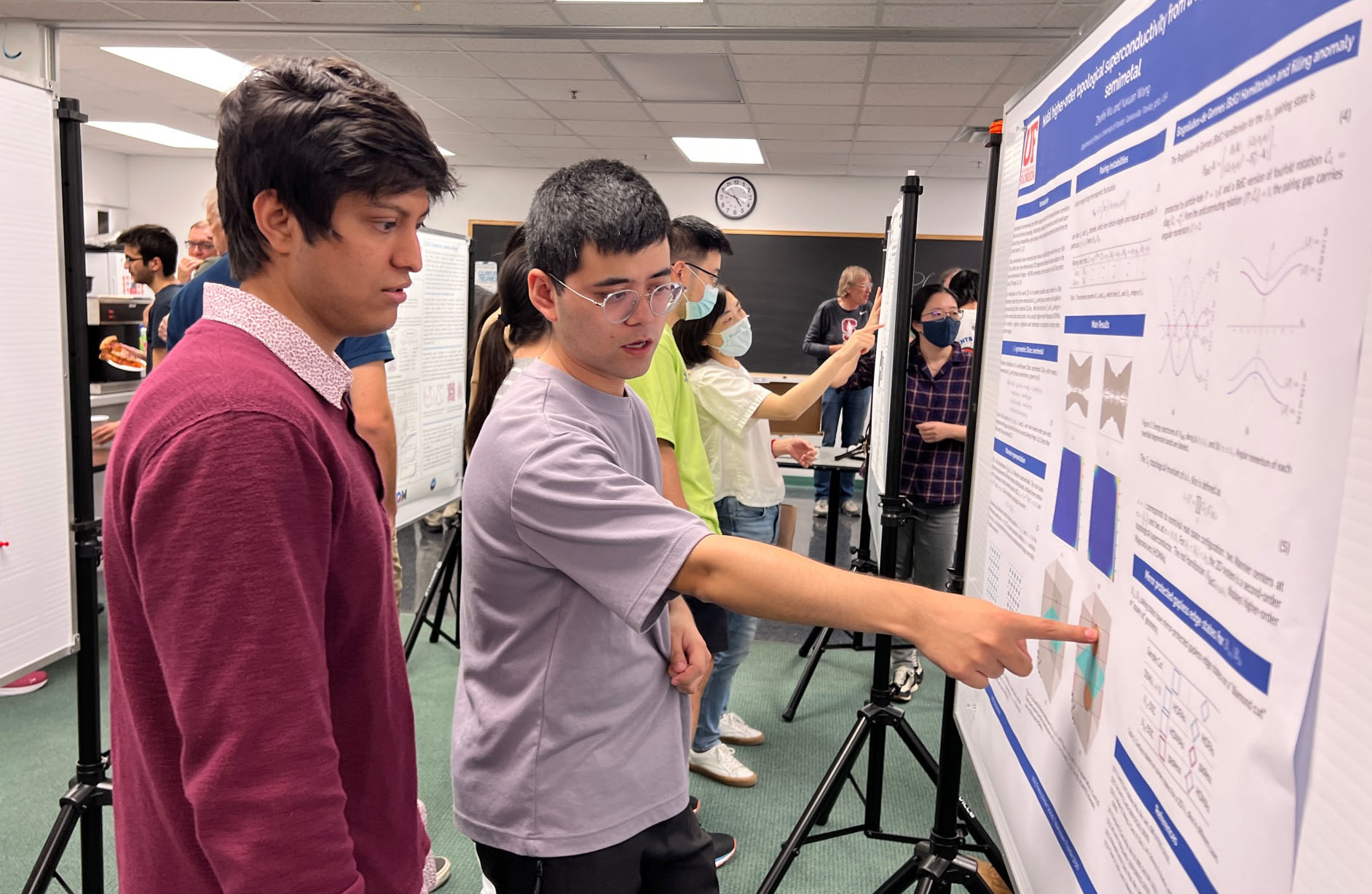 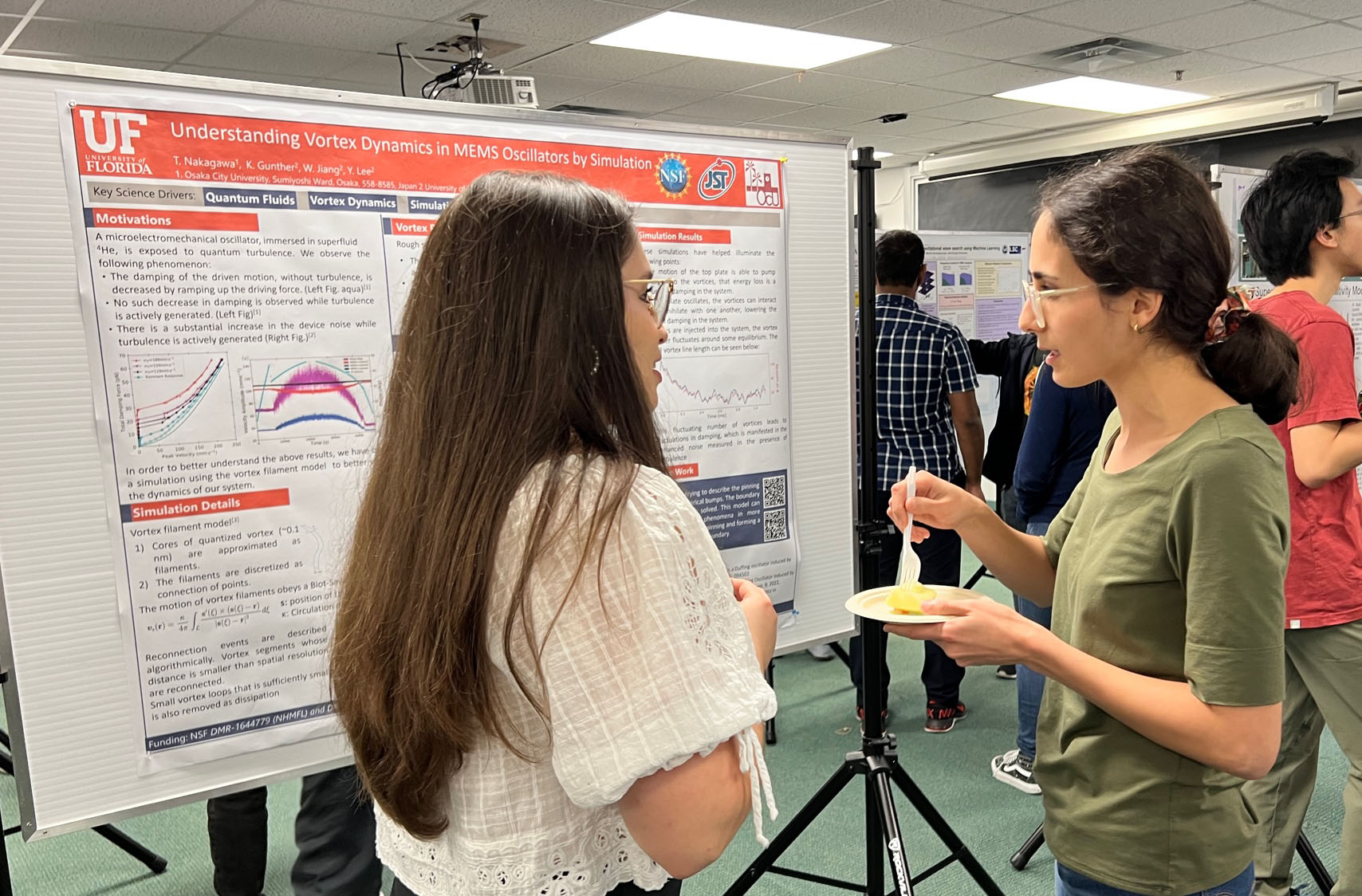 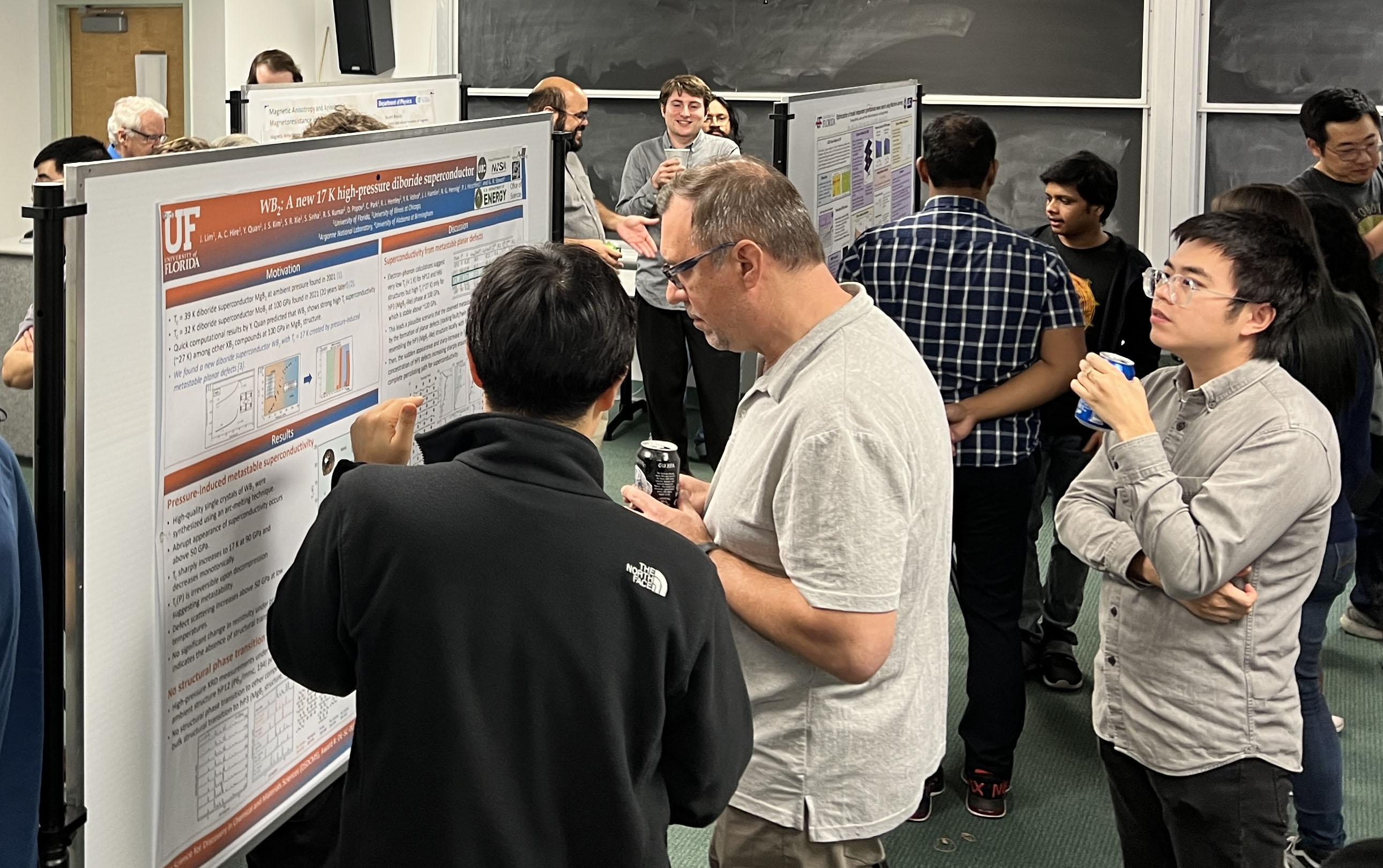