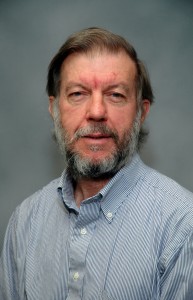 Research interests: both theoretical end experimental approaches to the detection and understanding of gravitational waves, as predicted in General Relativity. This currently includes an active involvement in the global effort to measure gravitational radiation from collapsing stars and colliding astrophysical compact objects. Black hole physics has occupied a large part of Dr Whiting’s research over a period of more than 30 years. His work encompasses both classical general relativity as well as a semi-classical approach to a quantum theory of gravity. It has addressed both perturbative and non-perturbative effects in black hole thermodynamics, and involves ongoing work on the final state of black hole evaporation. Key results in classical general relativity are the proof of mode stability of the Kerr black hole (J. Math. Phys. 30, 1301-5, 1989) and the Green’s function decomposition introduced with Detweiler (Phys. Rev. D 67, 024025–1-5 2003).

Other interests include ringing (quasinormal) mode characteristics on the classical side; quantum field effects and the conceptual difficulties associated with quantum geometries on the quantum side; and Lagrangian and Hamiltonian formulations (both Lorentzian and Euclidean) for a unified, consistent, field theoretic approach to understanding the significance of geometrical contributions in the context of black hole thermodynamics. This work has also required the study of quantum mechanics for very simple problems of interest in describing the early universe adequately enough to be able to evaluate its impact on our observations of the cosmos as we now find it. Through the UF involvement in the LIGO project, Dr. Whiting’s most recent efforts have been directed towards examining very practical measures for extracting exceedingly weak gravitational wave signals, especially those comparable to the microwave background of electromagnetic radiation, in the presence of substantial, sensitivity limiting, noise.