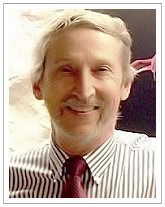 Physics Emeritus Professor E. Dwight Adams passed away earlier this week. Dwight was a faculty member in Physics from 1962 until his retirement in 2003. He brought distinction to the department through his experimental research in low-temperature physics, which was recognized by the American Physical Society’s 2005 Joseph F. Keithley Award for Advances in Measurement Science, the APS Southeastern Section’s 1978 Jesse W. Beams Award, and other honors.

Dwight was also influential in recruiting many other current and now-retired faculty to join and greatly strengthen what was in the early 1960s a sleepy department at a provincial university.