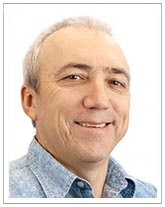 I develop a search algorithm Coherent WaveBurst together with my UF colleagues and collaborators from Germany (AEI Hannover) and Italy (Padova & Trento). On September 14, 2015 the Coherent WaveBurst algorithm discovered a signal from two colliding black holes three minutes after the data was collected from the LIGO instruments. The key features of Coherent WaveBurst are that by using wavelets it explores the time-frequency structure of the data and finds signals in the LIGO frequency band without restrictions to a particular source type listed above. Most of these sources are difficult to model, therefore, the search algorithms should use no or little assumptions on the source models. Coherent Waveburst was designed to cast the widest possible net for gravitational-wave bursts and extract their properties such as bandwidth, duration, sky location, polarization state and signal waveform. Also it can detect signal in real-time, minutes after a gravitational wave is recorded by detectors, which is important for the multi-messenger astronomy.