This UF Physics student profile is part of the “Humans of Physics” series established by the Physics Graduate Community (PGC). Soumitra (Sam) Ganguly, a first year PhD student, is featured.

Meet Soumitra (Sam) Ganguly, a first year PhD student at UF Physics.   In this post, Sam shares some of his experiences growing up and expectations regarding his career in physics.

“I was born in the Kolkata in the northeastern part of India. When I was young, I watched a lot of American media. In fact, Sheldon Cooper from Big Bang Theory was one inspiration towards why I wanted to do my PhD in physics. People say I don’t really have an Indian accent and that may be due to the midwestern accent I adopted from these shows. I am proud of my heritage though and cooking dishes that my mom used to make me at home is one of the ways that brings me closer to that part of my life.

Unfortunately, I haven’t been back home since my first semester of undergrad and I’m starting to feel homesick. It caught up to me during COVID when everyone moved away, and I was all alone on campus. My parents couldn’t even come to my graduation. Things aren’t so bad though since I do talk to my parents 8 times a day and have virtual dinners with them every Sunday. Eventually, I would like to go back to India sometime soon; maybe during the beginning of the summer if COVID calms down.”

“I am looking forward to meeting more people in physics, especially in my cohort. In my undergraduate university at Troy, my cohort was really small. Luckily, one of my friends from Troy came with me to UF. Already, my peers have a dynamic where we collaborate on homework. Having two white boards in our first-year office really helps with facilitating discussions about the problems.  I’m not used to getting building keys. In undergrad, me and my friends got kicked out from our science building when we were studying there late at night. The cleaning crew came in and just yelled at us while walking by; soon after 2 cops showed up and said, “school was over.” This was understandable since maybe the desks and chalk board had to be cleaned but it was also before COVID. Having the keys for NPB is useful since we can stay here late at night.”

“I have tutored before, but most recently, I was helping a woman who was taking a course called “Principles of Physics” which was a 9-week mash of Physics 1 and 2 that abruptly switched across topics. The funny thing was that this was a prerequisite for someone who wanted to be an ultrasound technician. There were topics that I did not even cover for my major! I was also the only unofficial undergraduate TA for a mathematical methods class. I really enjoyed it because I would help put together homework and exams as well as grade them. I even led 3 lectures and was evaluated on my performance. Doing this brought me closer with the professors at Troy.

It would be nice to do groundbreaking research, but I would be fine with teaching and inspiring other people to pursue careers in physics. I feel like some people come into physics with a bad mindset due to previous experiences they have had before, and I would like to change that; especially for people who don’t necessarily study physics but “have to” for their major. “If you have to take it, might as well smile when you do.”

I have noticed that one problem people have in physics classes is finding the connection between the problem and the equations that describe it. I understand that people initially are not accustomed to how words are converted to math because it can be hard. If students are appropriately guided to understand how physics problems are posed, it would greatly help in the long run.” 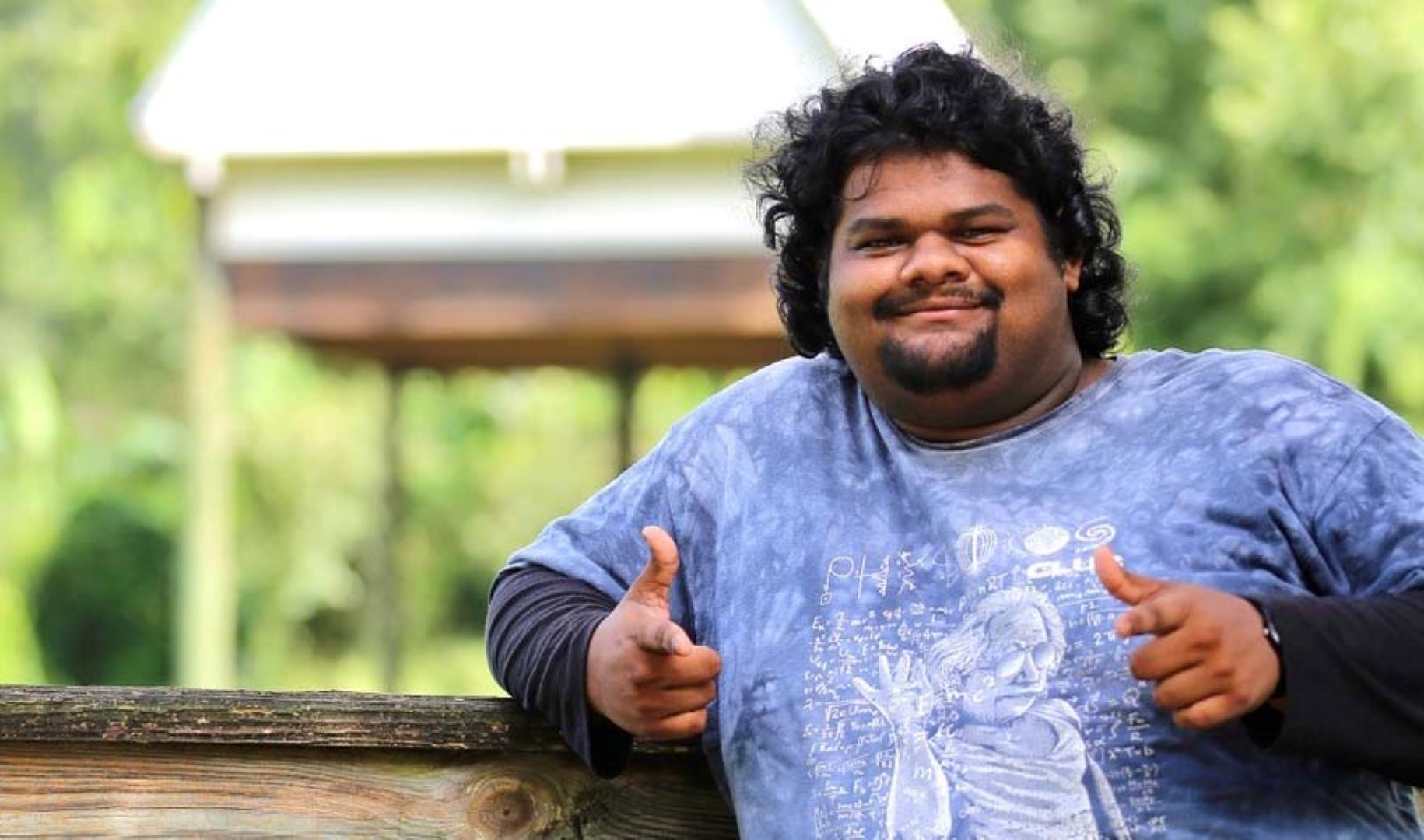 “I would like to do stuff that I couldn’t do at my small undergraduate school. One of my passions is film making and watching movies but the one movie theatre during undergrad closed down due to COVID. Other than that, I would like to be more active and do more nature activities such as fishing, hiking, and swimming at Lake Wauberg. In addition, I am looking forward to bowling at Gator Nights.

Coming from Alabama, I followed the Crimson Tide football team. I am excited about the football season and bought the student season ticket and am planning to do some tailgating!”